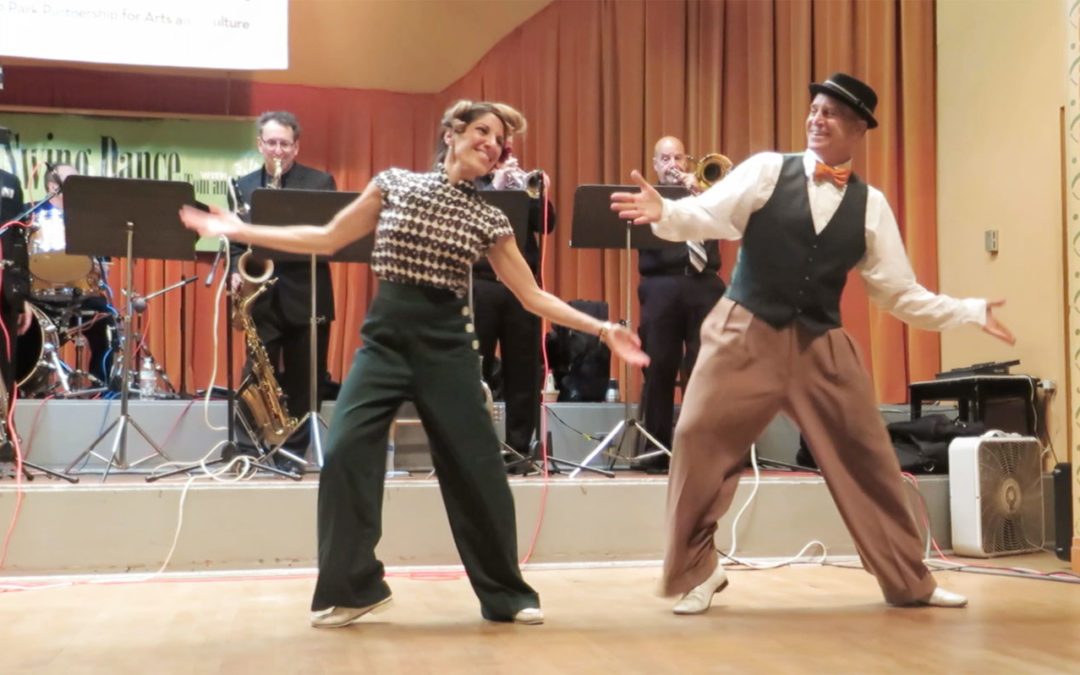 Paolo & Laurentina joined Ray Gelato (ENGLAND) and the City Rhythm Orchestra on stage for a fabulous dance party and the much heralded Spanish Ballroom near Washington D.C.

Glenn Echo Park’s Spanish Ballroom features a Spanish mission revival style architecture with massive hard wood sprung floor that’s a throw back to the 1930s and it was our great pleasure to be asked to perform there. We featured as dance style called the Collegiate Shag which is one of the classic Swing styles that evolved during the 1930s out of the popular ballroom dance of the times called the Fox Trot. It was only when the college kids livened it up transforming it’s appearance that it became known as the Collegiate Shag.

This site uses Akismet to reduce spam. Learn how your comment data is processed.